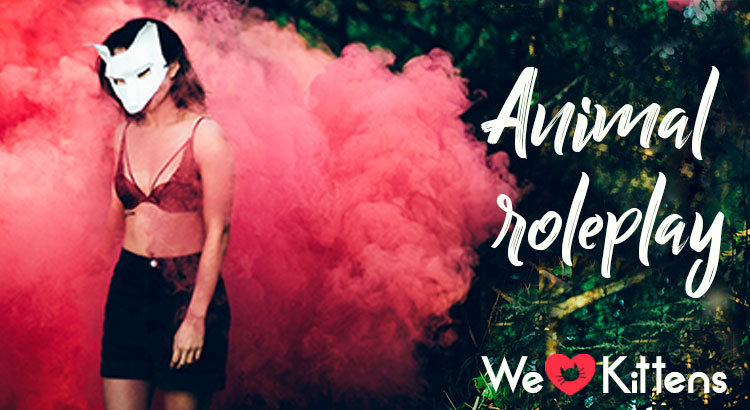 Here the D/s base the dynamic in the adoption of an animal personality, taken usually by the submissive who is to be trained and treated like an animal, for many others it serves as a release of the primal animal part of them. Also it’s a term used for a submissive who enjoys dressing like an animal and takes on certain characteristics of such animal. In both cases implies the protocol of the D/s roles.

So the pet play is an animal roleplay which involves the adopting roles as animals that are domesticated pets, for this is common (but not to the exclusion of such), for pet players to be younger versions of the chosen animal. It is therefore wise to avoid insisting on absolute or clear delineations at the the previous explanation of Animal roleplay.  Not all types of animal roleplay are pet play, and vice versa.

In the pet play, the submissive actually mimics the animal of her/his choice and the Dominant (although in the slang of pet play is more common to use Owner) is the one in charge of training the pet in all aspects, this is the starting point for the establishment of rules in the relationship of Owner/pet:

But as always this is only a part. Remember that the most important thing of all is the communication with your respective Owner / pet so both parties enjoy your space of petplay Safe, Sane and Consensual[2].